Be Prepared – Do You have a Disaster Plan?


Over the past couple of years, we as finance professionals are reminded that you never know what form a disaster, tragedy or an emergency will strike or impact our respective agencies. I think back to 1994 when I lived in Southern California and worked in Burbank (employed in the Library Department) when the Northridge quake struck on the Martin Luther King holiday in January. As a city employee and disaster services worker, things were very different then. No social media or instant dissemination of media through a City’s website-it was old school, paper copies distributed to key locations in the City. And there wasn’t much training on how to document reimbursement claims after a disaster. Years later, I helped build the necessary, original documentation to prepare the City for FEMA and OES future audits related to the myriad of projects for which Burbank received payment.

Since 2004, each September has been designated National Preparedness Month. This year’s theme is Prepared, Not Scared. The Ready.Gov website has a wealth of information for residents, businesses and anyone wanting to publicize readiness on social media. People may have some supplies, but an interesting stat notes that less than 50% of households have an emergency plan.

In our own public agencies, I think about where disaster preparedness resides, usually within public safety, particularly in larger full-service cities. At Burbank, that was the Fire Department where a Disaster Preparedness Coordinator convened either semi-annual or quarterly meetings with representatives from each department. Key personnel in the emergency activation org chart were compelled to attend CSTI (California Specialized Training Institute Training) sessions for preparedness. In Azusa, a Police Department position coordinated efforts within the City including table-top exercise involving external agencies to help evaluate the state of readiness.

While Finance may not be a key player when an emergency or disaster strikes and may not be deployed to an EOC (Emergency Operations Center) Finance has perhaps the most important role. We are ultimately responsible to assuring there are detailed and accurate records for FEMA/OES claims/compliance, that claims are properly submitted and documentation properly achieved. This is critical to insulate the City against a future audit. Related to the 1971 Sylmar quake, although I was a wee lass, I recall hearing years later that federal auditors came out in the early nineties to evaluate claims.

In your own agency, do you know who fills each of the rolls in the EOC organization chart, particularly the Finance & Administration Section? Due to staff turnover, we sometimes forget to make critical updates to this list. For our own EOC, one thing that came to light is that it resides at the Fire Department and most of the people that will be responding to the EOC do not have a key to the building to make it operational. So, we are in the process of installing an access control system. I noticed when researching on the web that some cities have citizen alert tools such as Everbridge that one can register online in the event an incident occurs.

As I close-out my thoughts on this topic, here are some other areas to contemplate: 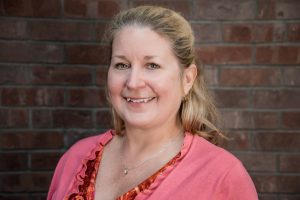 Joan Michaels Aguilar is the Deputy City Manager-Admin Services for the City of Dixon.