CSMFO’s MVP’s Coming to the 2020 Conference

Fall is one of my favorite times of year in Northern California. Seeing the leaves change colors and the nicer temperatures make for beautiful walks in my neighborhood or along trails in Roseville. Plus, it’s football season and World Series time as I write this.

Watching the NLCS and ALCS (Championship Series for the National League and American League to determine which baseball team plays in the World Series for non-baseball fans), an award is presented in each series to Most Valuable Player (MVP). This led me to think of CSMFO’s own award season that will reason a presentation at the Anaheim conference in January 2020.

The “VOLUNTEER OF THE YEAR” award nomination and selection process is conducted by the Executive Committee and recognizes outstanding volunteer efforts for a member who has gone above and beyond or made a stand out contribution within CSMFO during 2019.  This presents an opportunity for members to recognize each other and we will be reviewing the names submitted for consideration this month.

Next up, the Distinguished Service Award – in looking at our Member Directory, I saw that the first award took place in 1968.  Some years there have been two members recognized for their service, while other years, no award has been bestowed.  There is a long list of illustrious recipients including past presidents or those who have provided exceptional and distinguished service to CSMFO.  This award will be discussed at the Executive Committee levelDuring the recent baseball MVP presentation in their respective league series, I noticed each player who received the honor graciously shared the award with their teammates, coaches and organization they were a part of (in this case – the Astros and the Nationals).  I think the same is true in CSMFO.  While we recognize a specific individual for their commitment to CSMFO for carrying out our mission and dedication to excellence in municipal finance, we know there is a strong support system.  We have amazing professional staff that carry out the business of the annual conference, chapter registrations, dues notices, member inquiries, job placements, this online news, and more, but we also have over 100 volunteers working at the local level with chapter meetings, committee involvement, representing CSMFO as a League of California Cities liaison, and Board Members.  Factoring in the number of reviewers for the recognition program would push this number even higher.

Volunteering to accomplish CSMFO tasks may mean you are supported by your family, colleagues, or the agency at which you work for allowing you to give back to the world of municipal finance.  When these awards are presented in January, while there may be an individual receiving, we recognize there are many who contribute to the success of that individual.

As CSMFO numbers have grown over the years, so has our need for volunteer leadership.  What used to be a Chapter Chair has now grown into needing a Vice Chair who’s often aided by many others depending on the chapter needs.  Committee structure previously had been a Chair, Vice Chair and Senior Advisor, and reviewing a recent update from our Technology Committee, it was reported the Committee now had 14 members on board.  Our leadership structure grows from the member involvement, and many leaders are covering multiple roles with two, three or more hats with their dedication.  To all our volunteers out there and the folks who support your involvement; you are all MVP’s to CSMFO! 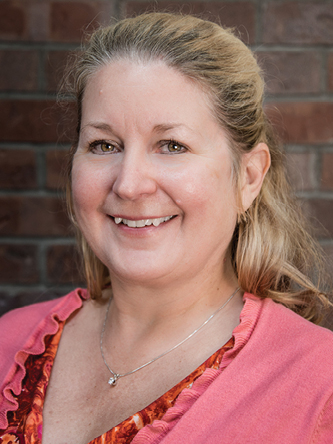 By Joan Michaels Aguilar is the Deputy City Manager-Admin Services for the City of Dixon.